Sexual harassment in the superyacht industry – is the tide turning? 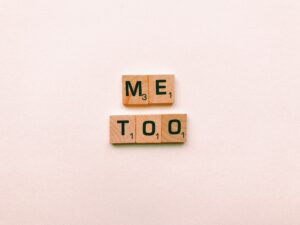 In a recent article for OnboardOnline, I discussed the issue of sexual harassment in the superyacht industry and whether or not we’ve witnessed any significant changes in recent years – I first wrote about the subject in 2015.

In the article, I acknowledge that there does appear to be a greater awareness and a widespread recognition that harassment in yachting is a serious issue which needs to be addressed. But does that recognition translate into fewer incidents of harassment and safer working environments or is the issue still being swept under the carpet?

According to comments from respondents to PYA’s survey conducted for the Monaco Yacht Show in 2018, I’d say we still have a way to go to improve the situation.

The results of that survey make for sobering reading and show how widespread the problem of sexual harassment is in an industry that directly employs between 148,000 and 163,000 people globally each year.

I’m not going to repeat the findings here, but some that really stood out to me as a trainer in the superyacht industry were those related to harassment of crew by their peers and the lack of action by people in leadership positions when incidents are reported.

We need a shared understanding of what constitutes harassment

In response to the PYA survey question ‘Did the unwanted physical contact come from a fellow crew member, a guest on board or both?’, 49% of respondents replied that it was another crew member. It’s a frightening statistic and one we need to do something about.

To start with, I firmly believe that every crew member and shore-based employee in the yachting industry should have a clear understanding of what constitutes sexual harassment. In short, ‘sexual harassment in the workplace includes any uninvited comments, conduct or behaviour regarding sex, gender or sexual orientation. It also qualifies as a form of discrimination.’

Also, note that sexual harassment does not need to occur between co-workers of the opposite sex; male crew members have reported being harassed by other men. It’s also not limited to touching or spoken words; sending obscene images, videos, emails and even staring in a suggestive manner can be deemed offensive.

Once everyone shares a common understanding of what harassment is and what behaviours are unacceptable, it is easier to build mutual respect within a team.

Safeguarding crew in their working environment

The safe working environment in any company, be it a shoreside business or a yacht, is determined by policy, established and declared in various rules and regulations published by the employer or manager. We all have a basic, fundamental right to work in an environment free from harassment, bullying (including cyber-bullying) and violence.

In view of this, should there not be a policy of zero-tolerance for sexual harassment (and bullying) in our industry which is, at least in part enforced by management companies and captains, with clauses regarding this behaviour included in each crew member’s SEA?

What can we then do to ensure that this clause is not ignored, and that crew are encouraged to report inappropriate behaviour without negative repercussions? A method of reporting incidences in a way in which victims cannot be subject to further abuse, discrimination or intimidation by doing so could also be considered.

What steps has the industry taken to address sexual harassment?

In June 2019, the International Labour Organization adopted Convention no. 190, the world’s first international labour standard to address violence and harassment in the world of work.

The Convention affirms that everyone has the right to work free from violence and harassment. It defines violence and harassment as behaviours, practices or threats ‘that aim at, result in, or are likely to result in physical, psychological, sexual or economic harm.’ The Convention also reminds member States that they have a responsibility to promote a ‘general environment of zero tolerance’.

This is a positive step for workplaces in general and sits alongside other positive actions taken by industry-specific associations to support seafarers including superyacht crew.

The PYA offers welfare support and legal advice to its members and works closely with ISWAN’s SeafarerHelp, a free 24-hour, multilingual helpline for seafarers and their families.

We all have a responsibility to prevent sexual harassment

It’s not only the responsibility of global organisations and industry associations to prevent harassment – we all have a role to play in creating safe workplaces for yacht crew.

Below are just some of the ways in which everyone, from management companies and crew recruitment agencies to captains and crew, can help:

At Luxury Hospitality, we believe that a positive workplace culture is the norm whether it is on board a yacht or at a shore-based business. As part of our training programs, we tackle issues such as sexual harassment and bullying so that everyone in a team develops a common understanding of acceptable workplace behaviours.

In an interactive and engaging way, we challenge participants to discuss boundaries. It is often difficult for people from different cultures and backgrounds to understand each other’s personal boundaries. What is acceptable to one person may not be acceptable to another, so it is important to have these conversations.

Using a safe environment, we encourage crew to communicate their feelings, behaviour and impact and facilitate discussions that further develop their skills to say ‘no’ to unwanted behaviour of any kind. A carefully-designed game tackles this very difficult topic in a non-confrontational way.

In our experience, we can see the positive shift in behaviour relating to harassment that follows this training without removing the element of camaraderie within the team which is so important for life at sea.

Training is the first step

Overall, the industry has taken some positive steps toward turning the tide when it comes to sexual harassment in yachting but there’s more to do.

Let’s work together in building positive and harassment-free environments on board yachts and within all shore-based workplaces throughout the global superyacht industry.

For more information on how we can help, please feel free to get in touch with us. 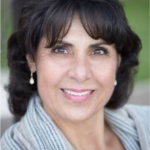